There is a tension between how I wish to be perceived, what I reveal, how people perceive me and who I really am. Esther Zilversmit 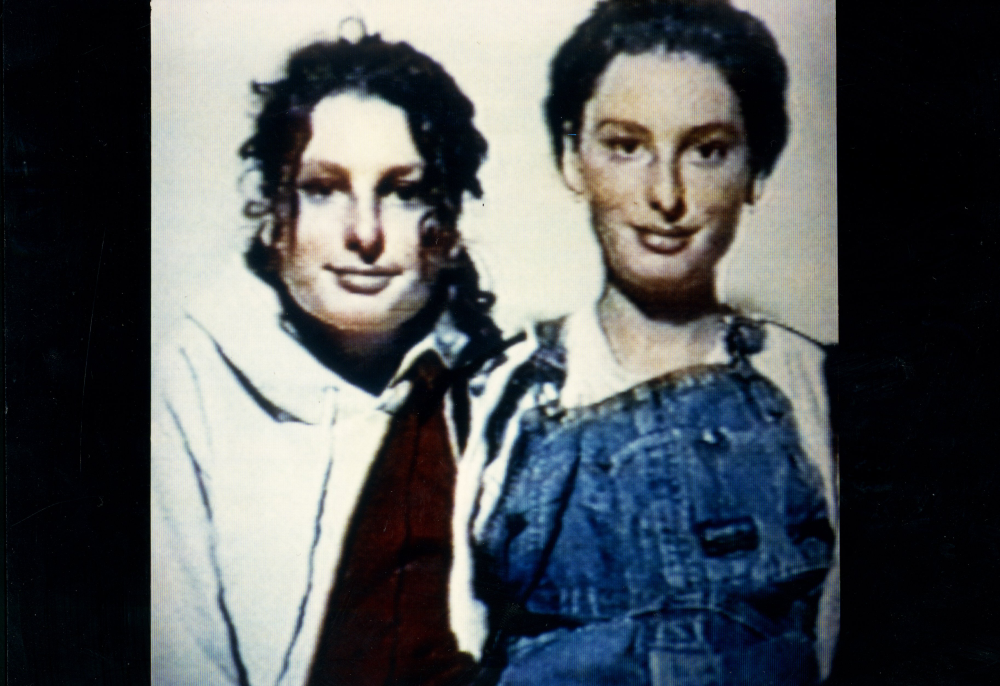 Esther Zilversmit (1973-2003) and Appie Bood (1965) both studied at the Gerrit Rietveld Academie in Amsterdam.

Before graduating in 1999 Esther created the installation Girls Who Look Like Me. For this artwork she interviewed five young women who resembled her. She then filmed herself as if she was each of the interviewees.

From 1999 until her death in 2003 Esther worked closely with her partner Appie Bood. During these four years they filmed and photographed their life together and explored their relationship to each other and to other people, publishing the resulting photo stories in a variety of newspapers and magazines.

Esther and Appie made the video work For Omi shortly after the death of Esther's grandmother in 2001. They decided to document her entire wardrobe, including her bags, shoes, belts, gloves and bathing costumes. By wearing each of these garments, Esther climbed into her grandmother's skin in an attempt to get closer to her.

Esther's grandmother was always elegantly dressed. She preferred to buy her clothes in her native Germany, where as a girl she used to dress as Greta Garbo. In the late 1930s she fled to the Netherlands and in 1942 to Paris, where she survived the war, in hiding, in wretched conditions. Back in Amsterdam she celebrated her victory by dressing with great style.