After The War Was Over: Leonard Freed Photographs Jewish Life in Amsterdam in the 1950s

From 30 October 2015 until 14 February 2016, the Jewish Historical Museum (JHM) in Amsterdam presented an exhibition featuring some 150 photographs by the renowned American Magnum photographer Leonard Freed. These photos offered an impression of Jewish Amsterdam in the 1950s and show the recovery of Jewish life in the decades following the war.

The exhibition After The War Was Over: Leonard Freed Photographs Jewish Life in Amsterdam in the 1950s offered a unique chronicle of a period in Amsterdam's Jewish history rarely seen in photographs.

Leonard Freed (1929-2006), the son of Russian Jewish immigrants in New York, lived in Amsterdam from 1957 to 1970. He was fascinated by the resilience and vitality of the city's Jewish community. By the late 1950s, Amsterdam Jews had picked up the thread of their lives as well as they possibly could, and there was a sense of optimism and faith in a brighter future. Very little was said about the Second World War, and emotions like sorrow and anger were kept deeply buried. For a full year, Freed followed Amsterdam Jews as they went about their everyday lives - at home, in the synagogue, and at work.

Freed's photographs portraied the diversity of Jewish life in postwar Amsterdam, with subjects varying from small Eastern European synagogues and evening dances for young Jews to Sal Meijer's kosher sandwich shop and market vendors in Waterlooplein. The photographs, taken in 1957-1958, a small part of Freed's large photo series Jews of Amsterdam, the first major photographic project of his long career. Some of them were published in the book Jews of Amsterdam (De Bezige Bij, 1958).

All the photographs in the exhibition were purchased by the JHM from Brigitte Freed, the photographer's widow. They included both vintage prints and new, previously unpublished prints.

The exhibition was accompanied by a book of the same name (€35), produced by Schilt Publishing in partnership with the Jewish Historical Museum. 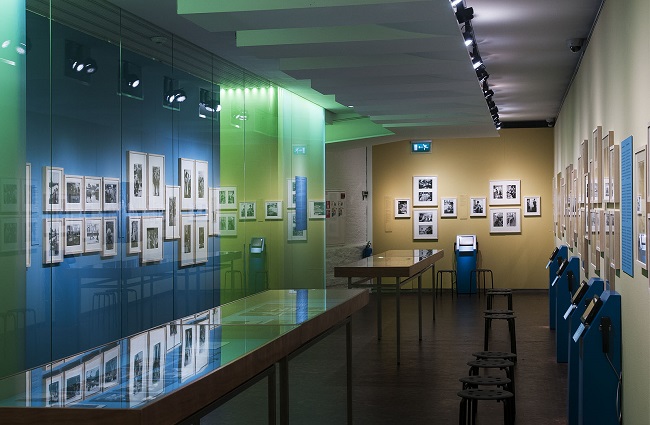 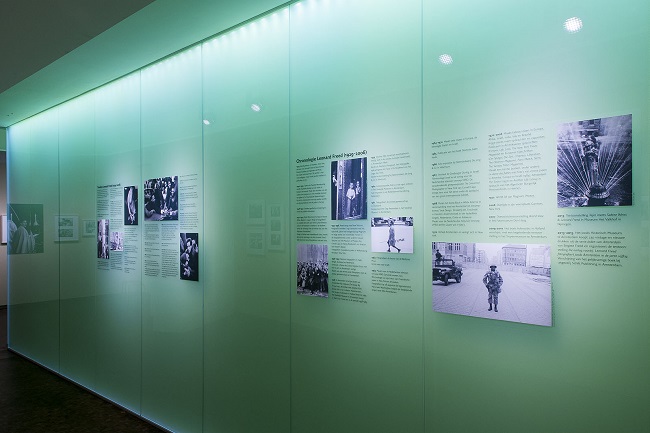 Photographs by Leonard Freed in the Portugese Synagogue

Some of Freed's photographs were also on display in the Portuguese Synagogue for the duration of the JHM exhibition. These photos came from a very special series that Leonard Freed took in 1963, during the service for Hoshana Rabbah, the seventh day of the Sukkot holiday. There are few photographs of religious services in this synagogue, since taking photographs is normally prohibited. Hoshana Rabbah is one of the few days when it is permitted.

The rituals during the Hoshana Rabbah service, such as circulating with a lulav (bundle of plants), have been performed here in the Portuguese Synagogue for centuries, in accordance with an unchanging liturgy. Against the backdrop of the synagogue's authentic seventeenth-century interior, the photographer took unique pictures of timeless scenes, just like the ones in many prints and paintings from the Portuguese Synagogue's long history.

The photographs were placeed on the exact same spot where Leonard Freed originally took them in 1963.

In connection with this exhibition the Jewish Historical Museum partnered with Leica and organised a photo contest - with the theme 'Jewish life anno 2015' - for professional and amature photographers. The best photo's were choosen by a jury consisting of curator Photography at the Jewish Cultural Quarter, Bernadette van Woerkom, prize winning photograher Ahmet Polat, photographer Bert Nienhuis and graphical designer (of among others this exhibition) Victor Levie. A second winner is chosen by the public, whom vote via the photo contest website. 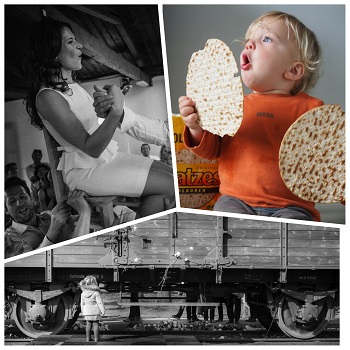 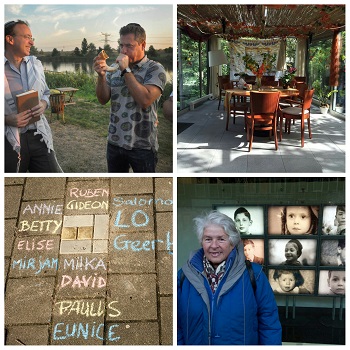 Several honorable mentions were displayed in the acquicitions cabinet.